/  Transport /  Network Industries /  Fighting Fire with Fire. On the Role of Internet Service Providers in Restoring Competition in Online Platforms

Fighting Fire with Fire. On the Role of Internet Service Providers in Restoring Competition in Online Platforms 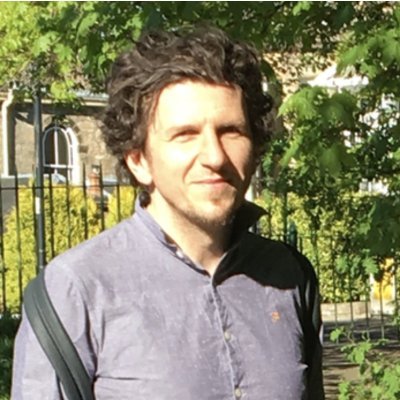 The paper “Fighting Fire with Fire. On the Role of Internet Service Providers in Restoring Competition in Online Platforms” (Andriychuk, O.) will be presented at the 8th Conference on the Regulation of Infrastructures (20-21 June, 2019).

This paper aims to challenge the current regulatory assumptions about procompetitive nature of Net Neutrality rules in the area of online platforms. The main focus of the paper is twofold: (A) it looks at the (pro- and/or anti-) competitive role Net Neutrality rules play in online platforms; and (B) it explores the instrumental role of EU competition law in securing Europe’s interests in the global economic and technological race (industrial policy). The focus (A) challenges the dominant regulatory narrative that Net Neutrality protects innovation and competition in the sector of online platforms. I submit that it does not. Quite the opposite: Net Neutrality rules (in their current form at least) are the artificially created regulatory impediments to competition — both between (i) the industry of Content and Applications Providers (CAPs) and Internet Service Providers (ISPs) (which is quite obvious) but also (ii) between CAPs themselves (and this is not being discussed in the literature). By lobbying the rules, which disable any form of competition on the upstream level (premium speed) with which the content is delivered to end-users, CAPs essentially are acting as a cartel, agreeing not to compete on a very important (especially for newcomers and disruptive innovators) factor of competition: the speed. The focus (B) reinvigorates the focus (A). Here I argue that not only competition policy (sensu lato) does not investigate potential collusion between the leading CAPs, it legitimises such a quasi-cartel by adopting Net Neutrality rules driven by laud political campaigns and catchy rhetorical slogans. Zooming out the picture and looking at current EU enforcement priorities in the area of Big Tech, Net Neutrality rules appear to be particularly counterintuitive: on one hand the EU uses a very ‘creative’ interpretation of its current (competition and free movement) and new (copyright, privacy, State aid, tax avoidance/evasion) rules and policies trying to limit the omnipotent and ever-growing economic power of GAFAM, Netflix, Hollywood studios and other powerful CAPs. On the other hand, however, it offers absurdly comfortable regulatory conditions for these companies, preventing European ISPs from even trying to take part in the rapidly growing entertainment race for global (and for this matter primarily EU) viewers’ attention, helping to monopolise the (emerging) markets by the current incumbents even more unequivocally. In other words, the paper asks: does EU competition (sensu lato) policy have to be (a) coherent; (b) proactive and (c) pro-European. I aim to prove that current EU Net Neutrality policy is none of those as it (a) goes in the direction opposite to EU regulatory, antitrust and industrial agenda; (b) does not encourage competition, but hinders it offering generous protectionist measures to GAFAM and other CAPs; and (c) serves the interests of primarily non-EU companies, prohibiting EU ISPs from competing in this highly rewarding, paradigmatic race on the merits.

Oles Andriychuk (PhD, EUI), Senior Lecturer in Competition and Internet Law, University of Strathclyde, Glasgow.
I joined Strathclyde in January 2019. Before taking this position, I held a lectureship and then senior lectureship at the University of Stirling (2012-2018) and a postdoctoral research fellowship at the Centre for Competition Policy, UEA, Norwich (2009-2012). I have completed a monograph on the philosophical foundations of European Competition Law and Policy (Edward Elgar, August 2017) and published widely on various aspects of Competition Law, Legal Philosophy (Jurisprudence) and Law and Technology (more than 20 outputs). In my current research I address several themes in Telecommunications Law, Competition Law and the Digital Economy, Internet Law and Intellectual Property Law and Media Law. My work focuses on such phenomena as big data and the power of algorithms, the regulation of social networks and new media, post-truth and post-postmodern law, antitrust and disruptive technologies, electronic communications, platform convergence and the idea of net neutrality, and various aspects of sports broadcasting rights. I am currently working on a project providing legal philosophical background to the discussion on the relationship between competition and industrial policies.